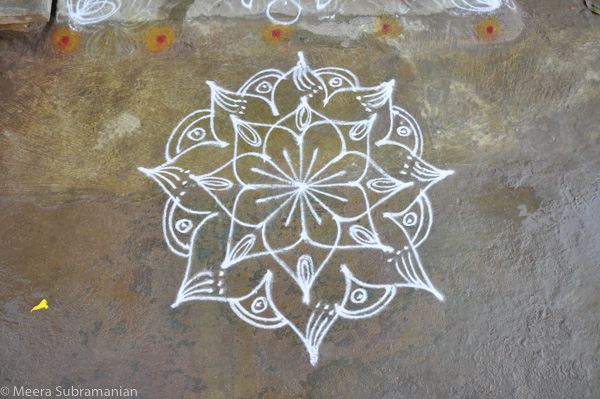 Five months of a Fulbright-Nehru fellowship is coming to a close. Given that the fellowship involves both the US  and Indian governments, there was just a wee bit of paperwork. At. Every. Step. [Has anyone else ever known where I’ve slept each and every night?] As it all wraps up, there was a final report. Actually, two. A couple questions seemed worth sharing.

Would I recommend the Fulbright program to others?

Yes. Don’t be overwhelmed with all the different categories and the fact that all the countries operate separately and that applying is only the very beginning of a madly bureaucratic maze. It’s worth it. Here’s where you can begin if you’re interested in India and are a US citizen, or interested in the US if you’re an Indian citizen. I was hesitant because there are not many journalists in their ranks, but when I called the DC office to ask them, (Yes, you can do that; They’re very nice.), they were encouraging. I’ve found the folks in the offices in both DC and Delhi to be amazingly helpful.

The report asked if I had any advice for future Fulbrighters coming to India. I wrote something like this:

Be patient. Be flexible. Don’t be attached to outcomes. Do your best. Be friendly and open. Question your assumptions. Be adventurous. Also, be safe, as much as you can. Learn. Absorb. Don’t drink untreated water, but never refuse a cup of tea. Definitely make a strong attempt to learn what you can of the local language. Indians are appreciative of the effort and forgiving of the mistakes. Have fun. Reach out. Ask questions. Listen to the answers. Take notes. Take pictures. If digital, show the shot to whoever you’ve just clicked. Try to remember it all. Fail. Try anyway.

I’ll continue to be immersed in the material gathered over the last few months as I work on Elemental India, returning again and again to the skinny notebooks and the long Word documents and the audio files that capture the cacophony of languages and lilts and the constant shifting background noise of India.

I’ll return again and again to all those images, digital and cerebral. Here are a few, just from my last days in Puducherry, just in the few blocks around where I’ve been hunkered down for the last month at Mantra, a lovely guesthouse friendly to writers (especially in the off-season). Even aside from the reporting, so many of the images that stick with me are the quotidian daily stuff. The single best thing about traveling is that you remember how to see again. The hardest thing is to try to go home and hold on to that honed skill. Be a stranger in a strange land. Even when at home. It’s that thing I was getting at with the crows the other day.

And so there is the water that begins where the subcontinent ends.

There are the fishermen, tying lures.

And the wisp of their boats that they venture to sea in.

There is the wild, abundant, overwhelming bombardment of color.

There is the future, cramming into an auto.

And also the harsh reality of what their future brings.

There is the openness of so many faces, who see the camera and turn to it, offering themselves.

While the western world exchanged chocolates and roses, the Masi Magam festival took over the narrow lanes, the gods and goddesses arriving from all over the region for a dip in the sea.

Small children were hoisted up to within inches of the idols’ faces, no matter how terrifying the goddess…

…nor terrified the child.

And flowers. Every god, every goddess, was a deity of floral fragrance.

Quiet again, in an old abandoned distillery, there was an art show by Andreas Deffner. No legal disclaimer need be signed.

And there are the images that the camera missed, but not my eye. A boy holding his sister’s bike as she learns how to ride — and then letting her go, as she moves steadily forward without him. The man who stopped without a word and offered an old woman a lift on the back of his bike. The gang of idling young men who — in broad daylight — helped a young boy improve his top-spinning skills. All the millions, no, billions, of things that happen every single day in India that don’t make the papers.

I’ll leave you with this, from this afternoon. A slanting sun. A girl named Jamuna. The results of the first lessons of Bharata Natyam she’s learned at school. A smile that sticks.