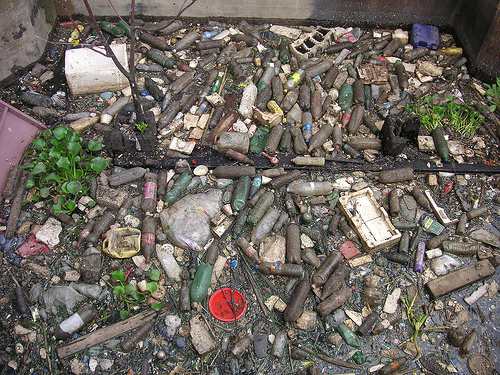 First we basked with whales, then we explored the aquatic food chain, from the micro to the mouthwatering. In the final part of this mini-series on the state of the sea, let’s turn our gaze to the Pacific Ocean, where coral reefs are tumbling into oblivion, plastic is taking on the form of large land masses, and rampaging rubber duckies are on the loose. There’s some good news too.

Coral reefs are the oases of the oceans, the “rainforests of the sea,” sustaining a quarter of all marine species though they occupy less than 0.1 percent of the world’s watery surface. They are living structures formed by colonies of small creatures that exude calcium carbonate as an exoskeleton, creating masses that are underwater havens of life.

But they’re picky buggers, worse than that prima donna Goldilocks….

Read the rest at Dissent...