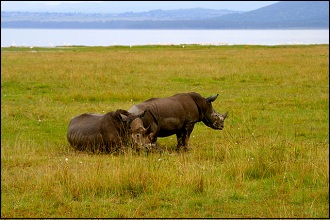 ELODIE SAMPERE and I are behind the bushes with our pants down. We’d just met a few hours earlier when she’d handed me some homemade twice-fried chicken while someone else passed along a Bloody Mary. It was about eight in the morning. Now, as we pee behind the acacia brush after scouting for snakes, she tells me about how at the previous year’s Rhino Charge, the driver of their team, Pinks in Charge, had nearly died. The dust and the heat at Magadi had kicked up her asthma and landed her in the hospital for two weeks.

“So I assume she’s not coming this year,” I say, as we wiggle and shake and zip up.

Read the rest at Dissent.