Many people have asked me, after presentations or via email, What can I do? Stories should be sparks and the listeners/readers, tinder. The last thing I want is for you to set A River Runs Again/Elemental India down and walk away wiping your hands clean. So, if you’re so inspired….

Here are some of the organizations I focused on in the book as well as others whose efforts I’ve come across in my research. No organization is perfect. I write and explore the efforts, successful and struggling both. So don’t consider this list an endorsement, necessarily, but an excellent starting point for you to make your own explorations and decide to become a member, send a donation, get involved, or simply learn more. END_OF_DOCUMENT_TOKEN_TO_BE_REPLACED

Working on a reported book has had three distinct phases. The on-the-ground reporting, a time of movement and questions, cameras slinging and notebooks filling. Then there was the isolation chamber of writing, dissecting the notebooks and photos, diving into research, writing, writing, re-writing, re-writing.

And now I’m in the third stage — of heading out into the world to talk about what I found. Can 1.3 billion people in India live sustainably? Can the planet? What’s working? What’s not? What can everyone learn, within India and around the world, from the successful models and the cautionary tales?

In case you weren’t able to make it to any of the events on my book tour, here are a few archived recordings of some of the presentations.

In New York City, I sat down with acclaimed author and good friend Suketu Mehta at my alma mater, New York University, for an evening hosted by the Literary Reportage concentration of the Arthur L. Carter Journalism Institute:

At the World Affairs Council of Northern California, I had great conversation with Linda Calhoun, Executive Producer at Career Girls. Before the talk, I met with World Affairs student ambassadors and fielded some of the toughest questions I heard on tour. (Providing great hope for the future!)

I was honored to join a long legacy of presenters at the University of Virginia’s Medical Center Hour, (though it was tough to figure out how to follow up a professional skateboarder!). The audio is a little tricky, but nice shots of photographs I’ve been showing along the way. The event was produced by the Center for Biomedical Ethics and Humanities in partnership with Historical Collections of the Health Sciences Library.

And also in New York City, I spoke with Steven Weiss of The Jewish Channel’s Up Close:

Last year, at the Boston University Narrative Arc conference (one of my favorite of these journo gatherings), Jeff Sharlet, Neil Shea & Darcy Courteu sat on a stage in front of a not-so-large audience, talking about an Instagram revolution. They were not looking to share food porn, nor adorable pictures of themselves or their offspring or their feline companions. They were journalists who observe their world, and whose work can sometimes take them to distant worlds (whether Iraq in midday or a New England Dunkin Donuts at 3 am), and they watch with a close eye. They listen with a close ear. But what to do with these stories, how to share the stories of the lives, loves, losses they encountered? Answer: iPhone camera. Visceral quick writing. Way more characters than Twitter allows. All the stuff that doesn’t fit into the story you were sent to get. I was inspired, but not quite to action. Til now. Happy to jump onto Jeff & Neil’s platform and with the help of editor Paul Reyes over at Virginia Quarterly Review (one of my favorite publications: solid, serious and sumptuous all), kick off ‪#‎VQRTrueStory‬.

My week takes you to the cotton fields of Punjab, her hand upon mine. Buries your nose in live soil and let’s you feel the heat of a wood fire, the smoke in your lungs. It sets you at the feet of a girl in Bihar, who is reaching, reaching up.

Here’s the whole series in VQR.

I’ve landed on the West Coast just as my interview with Eric Alan of KLCC‘s gone live. Have a listen. Or better yet, if you’re nearby, come say hello as I do two events in that southern stretch of the Willamette Valley that I once called home.

And on Sunday, I’ll be down in my old stomping grounds of Cottage Grove, speaking at the Axe and Fiddle (657 E Main St, Cottage Grove, OR) at 7:00 pm. Details here.

Today! 3:oo in the Kirkus Reviews Tent near the Austin Capitol. Come at 8:00 am and join me for yoga with authors. 🙂 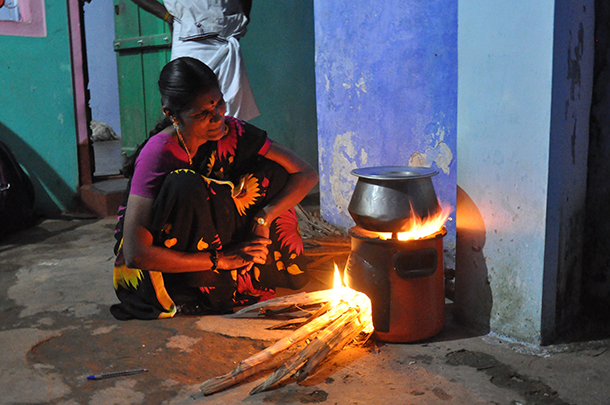 It was a pleasure to speak with Helen Palmer of PRI’s show Living on Earth about A River Runs Again, exploring questions about organic agriculture’s ability to feed humanity, how to handle ambivalent respect for well-intentioned nonprofits, and vulture survival. Here’s the intro…

Investigative journalist Meera Subramanian crisscrossed India examining its environmental problems and searching for homegrown solutions described in her new book A River Runs Again. She tells Living on Earth’s Helen Palmer that everywhere she looked, she found serious concerns, but also hope for a better future.

Listen to the 17-minute segment here.

It was with great delight that I entered into the studios of WNYC on Varick Street to sit down and talk with Arun Venugopal, who was guest hosting the Leonard Lopate Show. We talked about the costs of the Green Revolution, of Hindu priests who asked, “What is your duty?” to a farming family considering going organic, of holy waters. Our conversation ended too quickly, and I didn’t quite get to elaborate on my answer to his last question, about the direction PM Modi is taking the country. I said Modi has a choice. What I felt like I didn’t make clear enough is that he can develop India at the expense of the environment, the direction he seems to be heading now, or choose to tap into the exploding number of opportunities to develop in a more sustainable way, providing a model for the world. I’m rooting for the latter, and met the people in India who hope so too.

Listen to the full interview here.

Falmouth Public Library is a stately building on sweet little Main Street in Falmouth, the corner of the Cape near Woods Hole, littered with PhDs and farmer’s markets and ferries bound for the islands. There was a nice turnout, and it was great to meet my doppleganger, a woman whose mother had come from India around the same time as mine and also married a fair-skinned American. Good conversations, during the Q&A, and after. A Punjabi man arrived late, straight from his English classes, and he told me about how he once worked for the water department there. “There is no good water in Punjab,” he said to me, shaking his head. “No good water.”

Typewriters, music, teen tent, children’s stage, guerilla haiku, sunny skies, throngs of people (80,000 I heard), authors from every genre, and the occasional raptor overhead. It was a fine weekend for the Decatur Book Festival, celebrating its tenth year. It was great to sit down with Anna Badkhen, author of Walking with Abel: Journeys with the Nomads of the African Savannah, in a conversation led by writer Anjali Enjeti in the plush red-carpeted Decatur First United Methodist Chapel. We discussed being an outsider, the uniquely American phenomenon of climate change denial, how much we trust digital equipment, whether to step into our stories (or, rather, admit to doing so), and, of course, vultures.